Full Tilt Poker and the Stars They Support

Perfecting your poker game has never been easier. Forget guides, rulebooks, and the four seasons worth of poker shows saved on your Tivo. While all those things may help improve your game a little bit, nothing will make you into a star poker player like hands-on real life games with professional players. Chatting and playing with some of the best poker players in the world is what Full Tilt Poker is all about, so grab your bankroll and your Full Tilt referral code (so that you can get an extra 600 dollars), and head over to Full Tilt Poker. 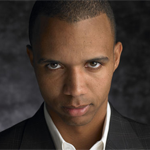 Jennifer Harman, Phil Ivey, Howard Lederer, Chris Ferguson, Andy Bloch, and Mike Matusow make up the core of Team Full Tilt, and they have been playing on the site since Full Tilt began in 2004, as they make up the team of poker players that were consulted during the site’s design and execution. Other members of Team Full Tilt include John Juanda, Phil Gordon, Erick Lindgren, Erik Seidel, Gus Hansen, Allen Cunningham, Patrik Antonius, and Tom “durrr” Dwan. This team makes up some of the best poker players in the world, and Full Tilt offers you the opportunity to play poker online with any or all of them.

Jennifer Harman holds two World Series of Poker bracelets, and regularly plays in the high-stakes cash game at the Bellagio in Las Vegas. She has appeared on numerous poker television shows, and is considered one of the best female poker players in the world, as she holds several records for poker playing.

Phil Ivey is often considered one of the best poker players in the world, and in addition to his extensive wins in large tournaments, such as his eight World Series of Poker bracelets, which have allowed him to hold a large number of records as well (youngest player to win eight, most bracelets won in non-Hold’em games, most bracelets accumulated in the shortest amount of time). 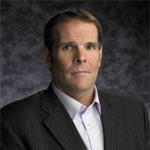 Howard Lederer has two WSOP bracelets and two World Poker Tour titles. He has become a bit of a poker celebrity because of his position on poker-related television, and he is considered one of the best teachers of the game, having written extensively on the subject of playing poker.

Chris Ferguson, known to the poker world as ‘Jesus’ because of his long hair and beard, has five WSOP bracelets to his name and is considered the king of applying game theory to poker. His ability to comprehend and apply the mathematical aspect of the game is legendary, and he has even developed computer programs to better allow him to understand poker.

Most players would jump at the chance to play poker with even one of these players– surely a five minute conversation on the game with any of them would prove invaluable– but Full Tilt offers you the opportunity to play and chat with all of them. Granted, they’re often in high-stakes games, but they’re there, ready to help you improve your game. This doesn’t require a special membership, a secret handshake, or even a Full Tilt referral code (such as GH600, which you should still use because it will let you lock in a membership bonus); Full Tilt welcomes you to play anytime.