How to Use Bluffing and Slow Playing to Improve Your Game 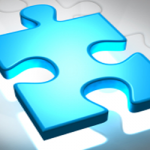 Few subjects are as complicated and nuanced as poker strategy.  The best way to play a hand depends on the kind of poker you play, the way your opponents play, and, of course, what you have in your hand.  Many of the world’s best poker players have devoted their lives to the study of the game, from basic statistics to the complicated game theory.  Very few regular winners would be where they are now had they not studied every poker guide they could find.

The most basic idea of poker strategy is this:  if you can play your hand as though you know what your opponent is holding in his, your position gets stronger, and if you can force your opponent to play his cards in a way that he would not play them if he could see your cards, your position gets stronger.  This is known as the fundamental theorem of poker, and while it may seem complicated at first glance, it’s really quite simple.

There are many ways to convince your opponent to make a move that is not in their best interest; the most common two are bluffing and slow playing.  When you bluff, you raise the stakes and try to convince your opponent that you have a better hand than you do.  When you slow play, you underplay the value of a good poker hand so that you don’t scare off your competitors and hope that the other players will raise and therefore increase the amount of money in the pot.

There are several methods of bluffing, including a pure bluff (also called a stone-cold bluff), where the hand is a wash and getting additional cards won’t improve it any, and a semi-bluff, where one holds a weak hand that could potentially improve if the write card(s) were drawn.  The purpose of bluffing is to get the other players to fold so that you can get the pot, however, if you bluff too often, or not often enough, the other players will be able to predict what when you’re bluffing, and therefore won’t fold.  Game theorists who have studied poker believe that the best method of bluffing is to bluff randomly so that your opponents have no way of guessing your poker strategy.

Slow playing involves down-playing the strength of a good hand by only checking and not raising so as not to alarm other players at the table, or give any indication that your hand is anything but mediocre.  Slow playing works best if the cards that are available to all players are likely to give other players a good hand, but unlikely to give them a hand better than you have.  This is an excellent way to trick other players into feeding the pot rather than folding or checking.

Bluffing and slow playing are only two of the many essential components of poker strategy.  When used properly, they can debilitate opponents, but a fuller understanding of the game, whether found through years of experience or a poker guide, is absolutely essential to be a true poker competitor.